Fiona Lundell was just five years old when she was diagnosed with a thalamic glioma. Her mother, Katherine Godfrey, shares her story here. 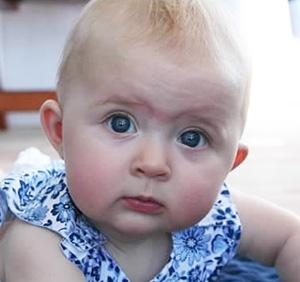 Fiona was born on November 29, 2007. She was my first child and she was perfect in every way. Fiona was bright and attentive from the minute she was born. She met all of her developmental milestones on time, but she spoke early and never stopped talking.

I started to worry about her about three months before her fifth birthday. She had just started Kindergarten and was really struggling with the curriculum, specifically letter and number recognition. She had learned how to write her name but could not seem to remember the rest of the letters in the alphabet. I was so confused by this, because she loved books and had memorized the words to many of her favorite stories. She was so motivated to learn, so I could not figure out what was holding her back.

At our teacher conference in October of 2012, her teacher said that Fiona was having difficulty with focus, attention, and following multi-step directions. As the weeks passed, Fiona’s mood began to change. She seemed sad and very tired all the time. Her teacher sent me an e-mail expressing her concern that Fiona was not remembering some letters that she used to know and had even spelled her name incorrectly. She also said that Fiona seemed “zoned out” in class.

One night before bed, Fiona said to me, “Mommy, there is something wrong with my brain.” I asked her what she meant by that and she said, “I can’t learn like all the other kids.” On Halloween I took some pictures of her in her costume, but she would not smile. I asked her to smile and she said, “Mommy, I don’t know how to smile.” We later realized she must have been having difficulty moving her lips, and as a result her smile was coming out crooked. 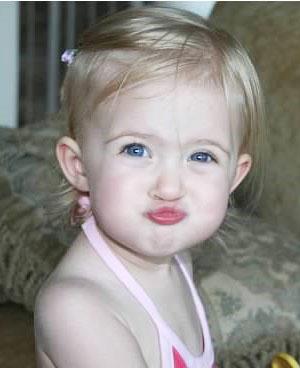 We got an appointment with a neurologist the next day and the standard neurological exam was normal. I requested that we do an MRI; the doctor hesitated but eventually agreed. We arranged for an MRI the next day, December 28.

The pediatrician called me on my cell phone while Fiona was still in the MRI machine. He said, “I am so sorry, Katherine, but there is something in there.” Nothing would ever be the same.

When the scan was completed, they put us in an ambulance and sent us to Yale New Haven Hospital, which was only a 45-minute drive from our home in Connecticut. There we met with a neurosurgeon, who told us the news: Fiona had a brain tumor in her thalamus about the size of a small egg. It was the one and only time I could bring myself to look at the image of her brain.

The neurosurgeon told us that surgery was not an option due to the location of the tumor, and we decided we needed a second opinion as soon as possible. My pediatrician had given us Dr. Souweidane’s name, and we put a call into his office. Dr. Souweidane was kind enough to see us the very next morning, which was a Saturday. He confirmed that this tumor was inoperable and told us that the next step would be to do a needle biopsy to determine the grade or level of the tumor. This would let us know how aggressive the cancer was and help us determine the course of treatment.

Over the next several days we spent every moment connecting with friends and people in the medical community. Our research was exhaustive and we left no stone unturned. With the help of Dr. Souweidane and family connections, within a few days Fiona’s case and scans had been reviewed by pediatric neurologists and oncologists from many of the finest children’s hospitals in the U.S and Canada. The opinions were all consistent. 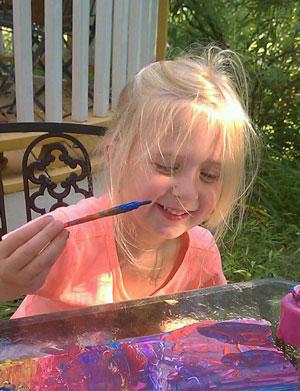 We decided to continue our journey with Dr. Souweidane as her surgeon, and we chose an oncologist at Memorial Sloan Kettering to manage her cancer treatment. Only ten short days after Fiona’s diagnosis she was admitted into NewYork-Presbyterian/Weill Cornell Medical Center to have the biopsy performed. As I watched her being taken into surgery, I felt terrified and helpless – but Dr. Souweidane’s confident and calming nature offered some solace. We were relieved when Fiona woke up from the surgery and smiled at us. I remember giving Dr. Souweidane a hug and he said to me, “I only wish there was more I could do.” The pathology reports confirmed our worst fears that the tumor was a grade three out of four.

The oncologist at Memorial Sloan-Kettering presented us with our options for treatment. The standard recommendation for Fiona’s rare type of tumor – a thalamic glioma – is radiation and chemotherapy. It was made clear that the purpose of the radiation was to shrink the tumor, or at the very least to temporarily stabilize its growth. However, any positive effects from radiation would only be temporary. It was also made clear that any positive effects from chemotherapy would be minimal, at best.

We were offered several options of clinical trials, one of which involved immunotherapy; the other two involved different types of chemotherapy drug combinations. We chose to decline the clinical trials in favor of the standard treatment. We agreed to start Fiona on a six-week course of radiation and we settled on a form of oral chemotherapy for the duration of the radiation. Several days before radiation treatment started, Fiona developed hydrocephalus, which is swelling in the brain due to spinal fluid build-up. Dr. Souweidane performed surgery to put in a shunt to help drain the fluid. 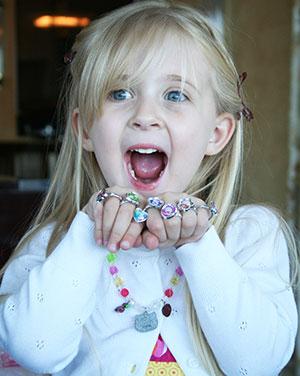 Over the course of the weeks of treatment there were many highs and lows but overall, Fiona’s condition deteriorated rapidly. Due to the location of the tumor on the right side of her thalamus, she lost most of the function on the left side of her body. The left side of her face began to droop, and she could not move her left arm and left leg very well. She was only able to walk with the help of an ankle brace and special orthopedic shoes to support the extreme weakness on the left side. She lost control of her bladder and bowels. Her right eye was closed.

Fiona was put on high doses of steroid medication to reduce the swelling from the tumor, and as a result her body weight doubled over the course of a few weeks. Upon completion of radiation at the end of March 2013, there were a few weeks where we thought we might have seen some signs of improvement. Her right eye began to open, she started to smile and even laugh again, and she was showing interest in some of her old passions like music, dancing, and her stuffed animals. She even asked when she could go back to school. Then she started to have some focal seizures and we had to put her on anti-seizure medication.

The post-radiation MRI was scheduled for April 1. Much to our horror, the scans showed that the radiation treatment had not had any effect. The tumor had shown signs of growth. We were profoundly saddened and faced with the realization that we were running out of time. We chose to put Fiona on a different chemotherapy drug combination for the next six weeks. Over these weeks her condition continued to deteriorate and the next MRI revealed more tumor growth. The hydrocephalus returned, indicating a possible shunt malfunction. Dr. Souweidane performed surgery to relieve the swelling. 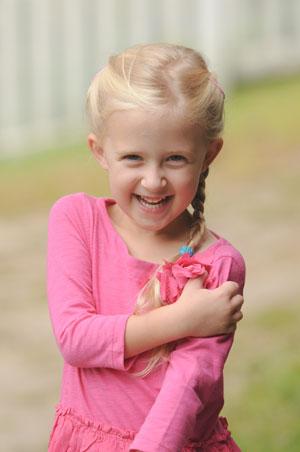 After the surgery we took Fiona home and, at her request, we never went back to the hospital or New York City again. She finished out her days at home surrounded by all who loved her: her mom and dad and her sister, her grandparents, and all of her aunties. Hospice came in to support us during these final days. They said they had never seen a little girl fight so hard.

Fiona died on the morning of June 25, 2013. The whole ordeal was only six months from start to finish, but it had felt like a lifetime and we would all be changed forever.

Fiona faced her illness head on. She was cooperative and resolute in her desire to make the “boo boo in her head go away.” She never complained, and she still found ways to enjoy life despite her suffering.

I want to share Fiona’s story because I want to be able to support families who are faced with this terrifying diagnosis. I did not have anyone to turn to. A Google search was not helpful in locating either a support group or finding anyone who had received the diagnosis. I felt alone, and I would like to help other families to not feel so alone. I feel it is my duty to do something to help raise awareness of these deadly, inoperable tumors. Finally, I would like, in any small way possible, to further the research that will work towards a cure.

Fiona brought so much joy to my life in the five short years she was here. She set an example of grace and courage that I am obligated to live by now that she is gone. It is the least that I can do to honor and cherish the life that she lived and her memory.

Find out how you can help in this critical effort to raise awareness of thalamic gliomas.
Giving Enroll in the Registry